The girls got a new game for Christmas called A to Z, Jr by Discovery Toys.  What a great game! 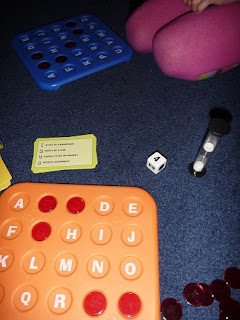 The game itself is the perfect age for DD and LD (ages 6 and 8). It's similar to the game Scattergories. Each person rolls the die and picks up a card. Then he/she has to name as many objects as they can for the category they rolled. Categories might include:
The person covers the beginning sound of each object she/he listed.  To win the kids have to get five in a row while I have to cover my entire board.

We've been also using it for ED's preschool work.  One day we turned over some Memory cards that we have.  We took turns drawing a card and covering the first letter sound of the card we turned over. 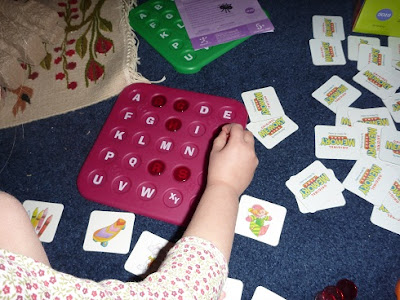 Another day she went through some of the alphabet words we have (a cut and paste alphabet printout book I had on hand). I don't have the exact link, but here is something similar that you could print out on cardstock. 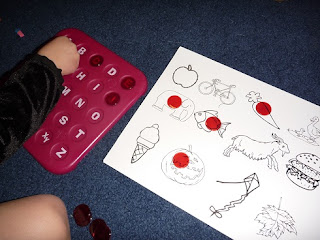 Posted by The Homeschool Den at 6:24 AM