This was a unit I thought would mostly be fore ED, but all the kids jumped excitedly into it!. My kids know very little about the American deserts of the southwest, though they could tell you heaps about the Australian desert (they were born in the Outback and we moved back to the US about a year and a half ago).  So we focused on features and animals of Texas, New Mexico, Arizona and California. The kids were amazed to learn that when I was DD's age, I lived in the Mojave desert.  In fact my family took in an Antelope Valley Ground squirrel that we kept for a number of years.  It's a long story on how we wound up with the squirrel, but the nest was found by teenagers and we wound up adopting... ready for the name?  I named her myself... and was just learning to read... Sally (one of the characters of the Dick and Jane books)!

Back to our unit!  Here are a few of the things we covered:

We learned about coyotes and ED made a coyote mask.  We read several books with the coyote as one of the main characters: The Three Little Javelinas, The Tale of Rabbit and Coyote, and Coyote Raid in Cactus Canyon. 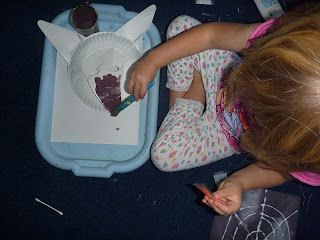 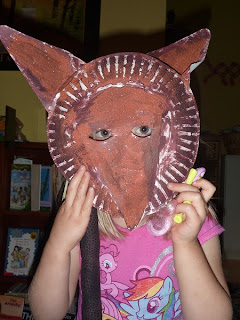 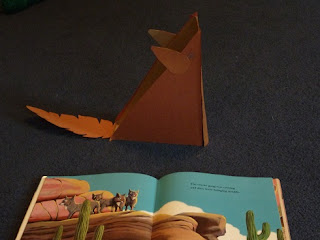 DD didn't want to make a coyote mask, she made this howling coyote instead. 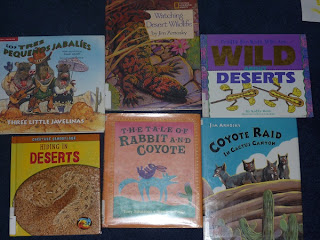 We learned about some of the cacti such as the prickly pear and the saguaro. The kids did sand paintings of cacti (and other desert features -- dust storms, tumble weeds, etc.  We also learned about snakes and continued our sand painting projects to create coral snakes. 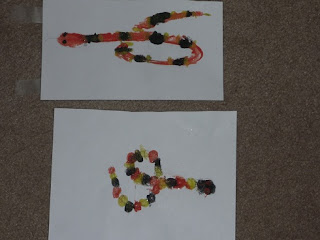 If you are going to do a desert unit, I highly recommend you try to get a hold of Jim Arnosky's books. His desert illustrations are simply superb and my kids learned SO much from his books! 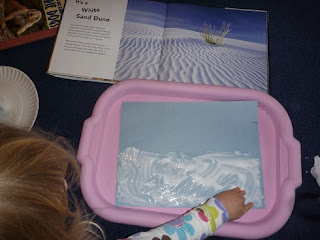 One quarter of all desert areas are covered in sand.  We talked about the patterns that sand made when it blows the sand in the desert. Then ED made her own sand dunes. 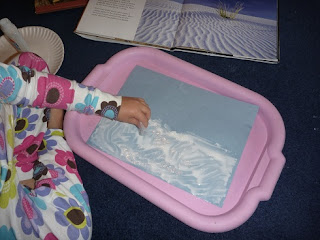 Posted by The Homeschool Den at 6:23 AM